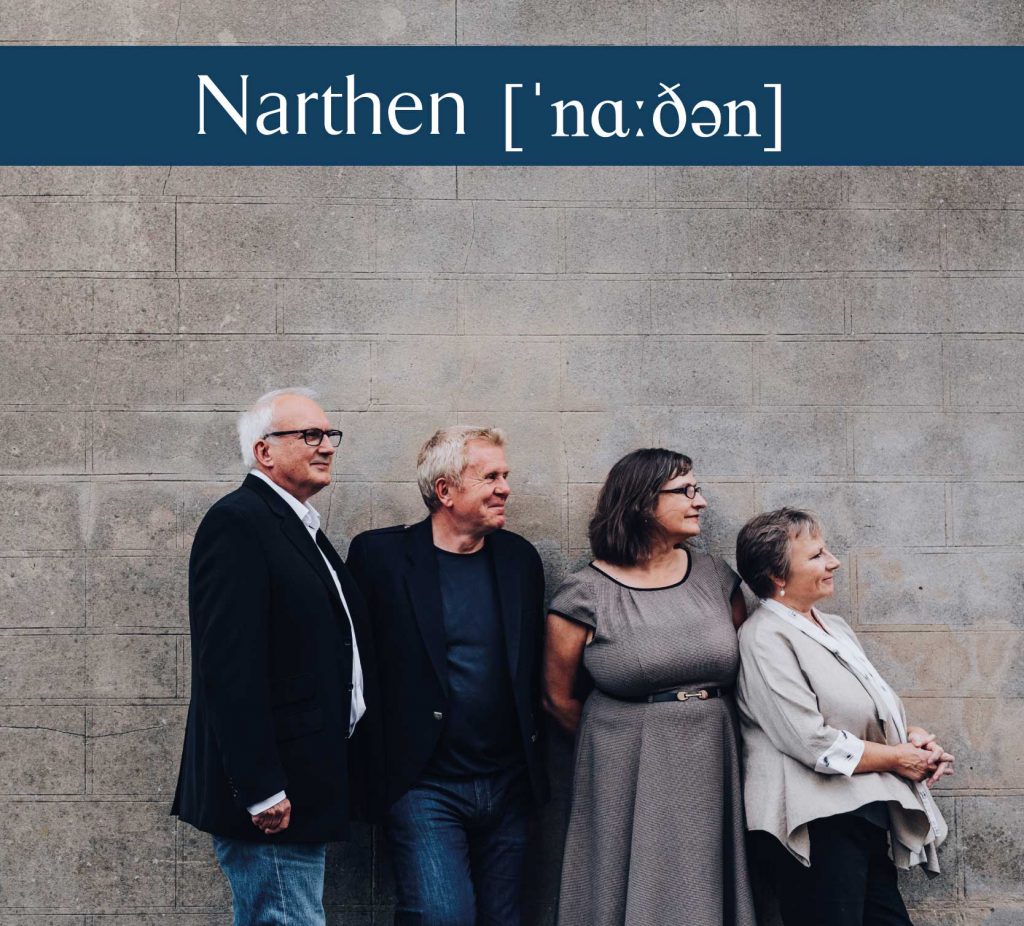 The debut album from Narthen reflects the eclectic and varied nature of their live performances, where pathos and heartbreak are juxtaposed with uplifting humour to produce something rather memorable and moving.

Dotted amongst these songs are purely instrumental tracks, like Galician Tunes, which is a glorious, sun-filled romp through some great Spanish melodies.

The album combines the best of timeless, traditional tracks, such as Acre Of Land, with songs penned by band members (Lester’s The VADs and Jo’s Devil’s Porridge), alongside songs written by the cream of contemporary songwriters – for example, Ray Hearne’s Pudding Burner, a celebration of female crane drivers working in an overwhelmingly male environment, is given a calypso feel.